Yes, our lawyers service many Richardson clients. Estates, trusts, probate and other issues involving inheritance and property are necessarily complicated. Unfortunately, sometimes there is a potential for disputes or even litigation. You may need an attorney to clarify and protect your rights.

dallasprobateattorneys.com brings together a team of highly motivated attorneys. Our process begins with an initial consultation where we learn about you and your needs, the facts of any potential litigation or work task, and then provide some initial legal advice.

Our goals are to protect your rights under Texas law and work fervently to be the best lawyers for you and your needs.

You Have Rights.
We Enforce Them.

Use the links below to explore the key areas of our practice:

You Have Rights. We Enforce Them.

Daily, our lawyers counsel with and guide executors, trustees, beneficiaries, heirs, surviving spouses and children through the process of estates, trust, wills, and probate under Texas law. We proudly serve Richardson, Texas, as probate dispute, trust or estate litigation or what is commonly called a “Richardson will contest attorney.” 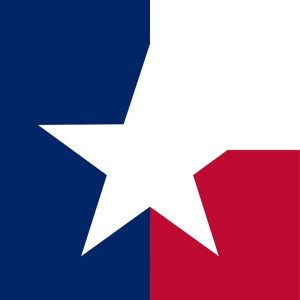 Our goal for our Richardson clients is to identify the legal process under Texas Law that is the best fit for the situation, identify the rights, interests and goals of the client and pass along our decades of experience in trust, estate and probate matters to pursue the client’s objectives as efficiently as possible.

The facts of any situation are unique. So are your personal needs and interests. Then, there is the complexity of the law in Texas. While reading a website and doing Internet research is a good first step, none of this can substitute for a strong, working relationship with a motivated attorney. Is our legal team right for you? The best way to find out is to schedule a consultation. A lawyer will review the facts of your situation against the laws of Texas and then give advice on the best course of action. We offer convenient phone appointments so whether you are in or near Richardson, Texas, it’s easy to speak with an attorney.

The area was inhabited by the Comanche and the Caddo tribes. During the 1840’s pioneers from Tennessee and Kentucky moved to Richardson and settled in the area. After the Civil War ended a new railroad was constructed in the region. William J. Wheeler donated a piece of land that became the location of a new town which thrived due to the railroad. He turned down an offer to have the town named after him. The town was named after E.H. Richardson who was a railroad contractor that constructed the railroad which went from Dallas to Denison.

In 1873 Richardson received a charter. The city residents were provided with their first telephones and electric lights in 1910. A schoolhouse made from red bricks was constructed in 1914 and is now the location of the Richardson Independent School District administrative offices. In 1940 the population of Richardson was 740. When World War II ended the population significantly increased. Due primarily to U.S. Highway 75 opening in 1954, Richardson was no longer just an agricultural city but soon became the location of numerous shopping centers and houses.

OUR ATTORNEYS
CAN HELP